One of the most successful blackjack players and experts is Tommy Hyland, the manager of the long-running blackjack team and the initial member of the Blackjack Hall of Fame. Being inspired by bestselling blackjack books of such authors as Lawrence Revere, Ken Uston and Stanford Wong, Mr. Hyland decided to devote his life to blackjack card game and win much money.

Tommy Hyland had been interested in gambling since his childhood though it was not blackjack or other card games: Tommy tried to earn some money at sport bets; he made bets on different sport events and became a bookmaker by himself when he was at a high school. 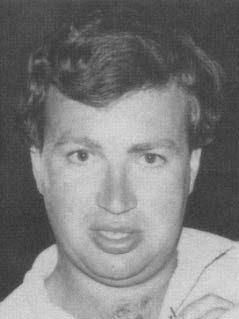 He started playing card games when he was at the university (he studied political science in Ohio): first, it was poker; but it was blackjack which became Tommy Hyland's game of choice after he had read the book of Lawrence Revere (Playing Blackjack as a Business) and understood that blackjack could be a real chance to earn much money.

After reading this book, Tommy began visiting casinos to play blackjack and use the strategies he read about; he does not forget to improve his skills and considers Al Francesco's team play to be the best method for beating blackjack. So, in 1979 he gathers a team of 4 members and this small team earns more than $50 000 for a year though they had only $4 000 each at first.

Everything was not as good as it seemed to be: many team's members decided to give up blackjack and leave because of many troubles they had to overcome, and Tommy Hyland had to find and teach new members: some of them had been arrested for blackjack cheating, other ones had problems with money.

Hyland himself was kidnapped and threatened but, anyway, he continued his work and did not even think about leaving the gambling sphere. He was always known as a person who protected the interests of gamblers and was ready to support his blackjack team everywhere.

Today he is the manager of the successful blackjack team which has been working over 30 years: Tommy manages the team by himself and teaches its new members too; thanks to this person and his team the strategy of card counting continues its living and development.